Rs scan International welcomes you and invites you to discover the world of plantar pressure measurement and gait analysis. RS scan is your partner in biomechanical research laboratories, hospital and specialized shoe shops, for industrial applications and so much more. RS scan International commits to providing state of the art solutions, and can always count on its vast experience, supported by the dedicated team of movement scientists, hardware and software developers, patented technologies, a worldwide user base and scientific publications (PhD studies, research papers, magazine articles…)   Visit www.rsscan.com.

The founder of RSscan International, Jempi Wilssens, broke many records as a young athlete. He was frustrated to see how many training partners failed to perform well because of ever returning injuries. He decided to broaden his podiatry knowledge and to specialize in running shoes with one ultimate purpose: to help as many people as possible in staying injury free. 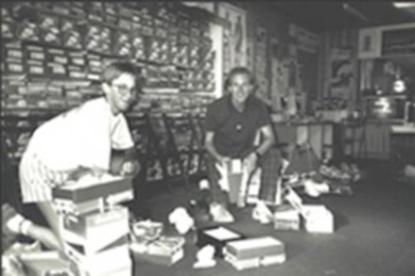 In 1980 he opened the sports shoe advice shop Runners Service, to provide the best services in the field of shoes and sportswear for the high profile runner.

During the late 80´s a number of studies were done on the subject of sports injuries together with sport doctors, physiotherapists, universities and sport shoe manufacturer Adidas. The studies concluded that 44% of sports injuries are due to incorrect sport shoes. In 1994, on request of the CEO of Adidas, a new footscan® system was developed together with Intersoft Electronics NV, a company working in the field of time measurement. Adidas wanted to be the first running shoe brand that could advise an absolute injury-risk-free shoe corresponding to the measured foot type. While Adidas used the system for commercial applications, there was a growing interest for clinical and scientific applications.

In 1998, because of the growing international need for the footscan® system, RSscan International was established. The company intensified its Research and Development of scientific hardware and software designed for podiatry, podotherapy, revalidation, physiotherapy, orthopedics, neurology and osteopathy.

The footscan® products are developed, manufactured and distributed worldwide at the headquarters of RSscan International in Paal, Belgium.Since 1998, RSscan International has provided professionals in the world of sports and biomechanics with state of the art pressure measuring equipment for highly accurate gait analysis resulting in a worldwide acceptance as one of the most accurate pressure measuring systems in its field.